we are all tech workers

“Atlas of AI”: Power, Politics, and the Planetary Costs of Artificial Intelligence”

The hidden costs of artificial intelligence, from natural resources and labor to privacy, equality, and freedom. An excerpt from Atlas of AI, provided by the author Kate Crawford to Agendadigitale.eu 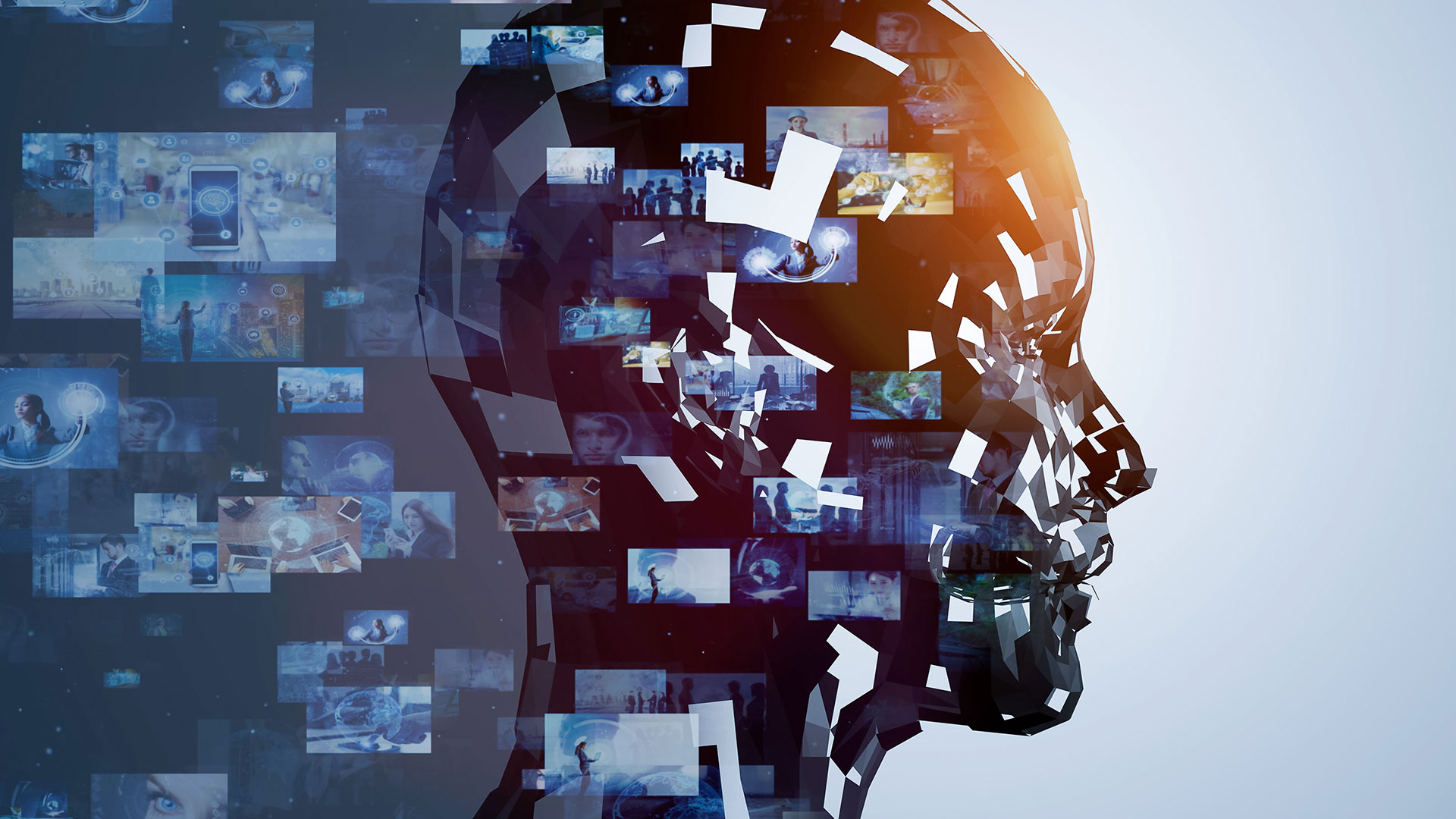 Amazon goes to great lengths to control what members of the public can see when they enter a fulfillment center. We are told about the fifteen-dollar-an-hour minimum wage and the perks for employees who can last longer than a year, and we are shown brightly lit break rooms that have Orwellian corporate slogans painted on the walls: “Frugality,” “Earn trust of others,” and “Bias for action.”

The official Amazon guide cheerily explains what is happening at predetermined stops with rehearsed vignettes. Any questions about labor conditions are carefully answered to paint the most positive picture. But there are signs of unhappiness and dysfunction that are much harder to manage.

Out on the picking floor, where associates must pick up gray containers (known as “totes”) full of purchases to ship, whiteboards bear the marks of recent meetings. One had multiple complaints that the totes were stacked too high and that constantly reaching up to grab them was causing considerable pain and injuries. When asked about this, the Amazon guide quickly responded that this concern was being addressed by lowering the height of the conveyor belt in key sections. This was seen as a success: a complaint had been registered and action would be taken. The guide took this opportunity to explain for the second time that this was why unions were unnecessary here, because “associates have many opportunities to interface with their managers,” and unionization only interferes with communication.

But on the way out of the facility, I walked past a live feed of messages from workers on a large flat screen, with a sign above it that read, “The Voice of the Associates.” This was far less varnished. Messages scrolled rapidly past with complaints about arbitrary scheduling changes, the inability to book vacation time near holidays, and missing family occasions and birthdays. Pat responses from management seemed to be multiple variations on the theme of “We value your feedback.”

“Enough is enough. Amazon, we want you to treat us like humans, and not like robots.” These are the words of Abdi Muse, executive director of the Awood Center in Minneapolis, a community organization that advocates for the working conditions of Minnesota’s East African populations. Muse is a soft-spoken defender of Amazon warehouse workers who are pushing for better working conditions. Many workers in his Minnesota community have been hired by Amazon, which actively recruited them and added sweeteners to the deal, such as free busing to work.

What Amazon didn’t advertise was “the rate”—the worker productivity metric driving the fulfillment centers that quickly became unsustainable and, according to Muse, inhumane. Workers began suffering high stress, injuries, and illness. Muse explained that if their rate went down three times they would be fired, no matter how long they had worked at the warehouse. Workers talked about having to skip bathroom breaks for fear that they would underperform.

But the day we met, Muse was optimistic. Even though Amazon explicitly discourages unions, informal groups of workers were springing up across the United States and staging protests. He smiled widely as he reported that the organizing was starting to have an impact. “Something incredible is happening,” he told me. “Tomorrow a group of Amazon workers will be walking off the job. It’s such a courageous group of women, and they are the real heroes.” Indeed, that night, approximately sixty warehouse workers walked out of a delivery center in Eagan, Minnesota, wearing their mandated yellow vests.

They were mostly women of Somali descent, and they held up signs in the rain, demanding such improvements as increased wages for night shifts and weight restrictions on boxes. Only a few days earlier, Amazon workers in Sacramento, California, had protested the firing of an employee who had gone one hour over her bereavement leave after a family member died. Two weeks before that, more than a thousand Amazon workers staged the first ever white-collar walkout in the company’s history over its massive carbon footprint.

The “rate” is the core issues

Eventually, Amazon’s representatives in Minnesota came to the table. They were happy to discuss many issues, but never “the rate.” “They said forget about ‘the rate,’” recounted Muse. “We can talk about other issues, but the rate is our business model. We cannot change that.” The workers threatened to walk away from the table, and still Amazon would not budge. For both sides, “the rate” was the core issue, but it was also the hardest to alter. Unlike other local labor disputes where the on the-ground supervisors might have been able to make concessions, the rate was set based on what the executives and tech workers in Seattle—far removed from the warehouse floor— had decided and had programmed Amazon’s computational distribution infrastructure to optimize for. If the local warehouses were out of sync, Amazon’s ordering of time was threatened. Workers and organizers started to see this as the real issue. They are shifting their focus accordingly toward building a movement across different factories and sectors of Amazon’s workforce to address the core issues of power and centralization represented by the relentless rhythm of “the rate” itself.

These fights for time sovereignty, as we’ve seen, have a history. AI and algorithmic monitoring are simply the latest technologies in the long historical development of factories, timepieces, and surveillance architectures. Now many more sectors—from Uber drivers to Amazon warehouse workers to highly paid Google engineers—perceive themselves in this shared fight. This was strongly articulated by the executive director of the New York Taxi Workers Alliance, Bhairavi Desai, who put it this way: “Workers always know. They are out there building solidarity with each other, at red lights or in restaurants or in hotel queues, because they know that in order to prosper they have to band together.” Technologically driven forms of worker exploitation are a widespread problem in many industries. Workers are fighting against the logics of production and the order of time they must work within. The structures of time are never completely inhumane, but they are maintained right at the outer limit of what most people can tolerate.

Cross-sector solidarity in labor organizing is nothing new. Many movements, such as those led by traditional labor unions, have connected workers in different industries to win the victories of paid overtime, workplace safety, parental leave, and weekends. But as powerful business lobbies and neoliberal governments have chipped away at labor rights and protections over the past several decades and limited the avenues for worker organizing and communications, cross-sector support has become more difficult. Now AI-driven systems of extraction and surveillance have become a shared locus for labor organizers to fight as a unified front.

“We are all tech workers” has become a common sign at tech-related protests, carried by programmers, janitors, cafeteria workers, and engineers alike. It can be read in multiple ways: it demands that the tech sector recognize the wide labor force it draws on to make its products, infrastructures, and workplaces function.

It also reminds us that so many workers use laptops and mobile devices for work, engage on platforms like Facebook or Slack, and are subject to forms of workplace AI systems for standardization, tracking, and assessment. This has set the stage for a form of solidarity built around tech work. But there are risks in centering tech workers and technology in what are more generalized and long-standing labor struggles.

All kinds of workers are subject to the extractive technical infrastructures that seek to control and analyze time to its finest grain—many of whom have no identification with the technology sector or tech work at all. The histories of labor and automation remind us that what is at stake is producing more just conditions for every worker, and this broader goal should not depend on expanding the definition of tech work in order to gain legitimacy. We all have a collective stake in what the future of work looks like.